5 Ways to Turn Panels from Boring To Brilliant

Panels can be deadly dull, but they don’t have to be.
Here's how you can make them much, much better. 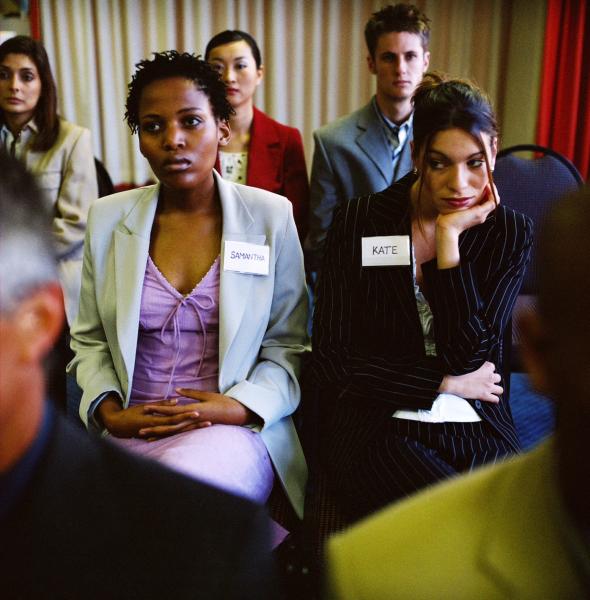 Panels can be droning, painful exercises in ego-fluffing. They can feature overbearing panelists who commandeer the discussion and cow the other panelists—and the moderators who let them—into submission. They can not only not engage the audience, but actually disengage them by ignoring them altogether. They can be, in the words of author, speaker, and panel-improvement evangelist Kristin Arnold, “horrid.” But they don’t have to be.

Though she was on her own, not leading a panel on panels during a session at Smart Monday  at IMEX America in Las Vegas, Arnold engaged us in a very informative, and very fun, discussion on how to make panels a whole lot better than most of them usually are.


What Are the Worst Things About Panels?

So how do we loathe panels? It turns out there are 10 main ways, according to a recent survey.

10. Too many panelists. The optimal number, Arnold said, is three or four--four is best if you are concerned that one may drop out.
9. Poor time management
8. A panel discussion that isn’t actually a conversation. Especially painful is the hot-potato moderator who asks each panelist the same question, so by the time you get to the third or fourth, they’re straining to come up with anything remotely interesting to say that hasn’t already been said.
7. A panel that goes off-topic or has no real point
6. No audience engagement
5. Ego and self-promotion (one of my personal pet peeves)
4. Out-of-control panelists
3. Unprepared moderator and panelists
2. Dominating panelists
1. An ineffective moderator

Tip #1. You need to have a really strong moderator who knows how to moderate. It’s not enough to have a great content expert, you need someone who can ask insightful, probing questions, engage all the panelists equally, gracefully short-circuit stage hogs, and bring in the audience. Of course, if you can hire a professional, so much the better. If you can’t afford that, Arnold has a free video course that can help on PowerfulPanels.com, though she does suggest following up with them after they take it to make sure they understand and feel comfortable putting her tips into play when their time in the spotlight comes. The job, she said, is “all about asking good questions.”

Tip #2: Make sure your topic is good and spicy. If you don’t have a juicy controversy, you run the risk of having a bunch of panelists nodding their heads at each other. Boring!

Tip #3: Change up the room set to one that is more amenable to conversation and interaction. Instead of the usual draped table, think about putting speakers on bar stools, comfortable chairs, couches with coffee tables, etc. Just make sure that the panelists will have somewhere to put their water glasses, and that the seating won't be hazardous for dress-wearing female speakers. Feel free to change up what you call the session, too. Perhaps "fireside chat," as one audience member suggested, or riff off your favorite talk show for ideas--and maybe have your moderator wander through the audience as talk show hosts tend to do, breaking down the barrier between the panel and the audience, and making the whole thing more engaging.

Tip #4: Mic panelists up and test the sound ahead of time. Do not provide one hand-held mic that they'll be passing down the line. Do consider headset mics that follow speaker head movements so they can't turn away and lose amplification.

Tip #5: Include the audience in the action—you should be engaging them in some way every six minutes! Kristin suggested a bunch of easy ways to do it, including:

-Hand out red and green flags that the panelists invite people to wave to signal agreement or disagreement at regular intervals.

-Take a poll. You can do it high-tech using an app or ARS, or go low tech by asking for a show of hands, have them stand up or sit down/make a noise/shout a response. You also can poll, as she did with us, by having people physically stand where they stand on a continuum. In our case, those who love panels were on one side of the room and asked to say what they loved about them, those who were more neutral were in the center, and those of us who tend to loathe them were on the other side of the room (and we also got to say what we loathe about them). She also suggested that speakers ask about takeaways as the session progresses instead of just at the end.

-Crowdsource content. You can survey them ahead of time (but if you do, expect that the topics they'll want to talk about once in the room will be completely different. You can use apps like Sli.do, or a simple Twitter hashtag, to determine what the trending topics are for your group. Note: If you use Twitter to crowdsource, ask someone other than the moderator to monitor the hashtag.


Written by Sue Pelletier in face2face.